Haleakalā Conservancy is grateful for the passion and commitment of our Board of Directors.

Learn more about this wonderful group of dedicated individuals below! 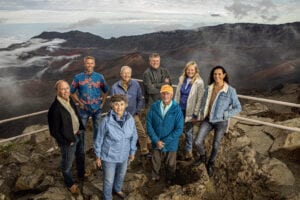 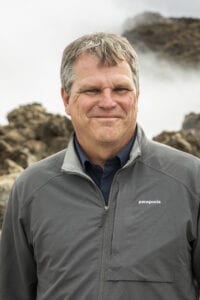 Mr. Meidell is the President of Haleakala Ranch Company, one of Hawaii’s oldest family-owned companies and, with over 28,000 acres, the largest ranching operation on Maui. After moving to Maui from Honolulu in 1979, he began a diverse career path in public service, conservation, agriculture and land management that has included positions with the County of Maui, Maui Land & Pineapple Co. and Haleakala Ranch since 2003. Mr. Meidell currently serves as a director for the Maui Economic Development Board, The Maui Farm and the Historic Hawaii Foundation. 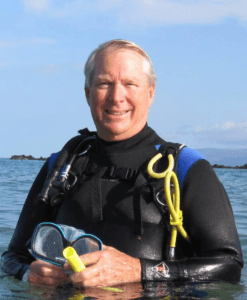 Born and raised on O`ahu, Dr. Bonar earned his PhD in Marine Science at UH and spent 16 years as a Professor of Zoology and Research Scientist at the Center of Marine Biotechnology, University of Maryland. Returning to the west coast he founded Aquatic Environmental Sciences, a research and consulting company for marine and freshwater coastal issues.  Board service with a local Land Trust resulted in taking over directorship of the Northwest Program of the National Land Trust Alliance.  In this position he worked with Land Trusts from Wyoming to Alaska, helping them grow and professionalize. He returned to Maui in 2002 to become Executive Director of the Maui Coastal Land Trust (now the statewide Hawaiian Islands Land Trust) and served as chair of Hawaii’s Natural Areas Reserve System and the Legacy Land Conservation Commission.

Following retirement from the Land Trust in 2012, Dale has been active on a number of nonprofit boards and committees, including Maui Nui Marine Resources Council,  Hospice Maui,  Na Hale O Maui, and now serves as Treasurer for Haleakala Conservancy. 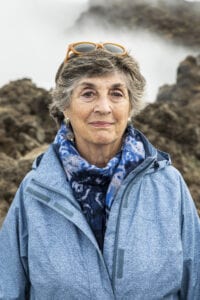 The daughter of an Army officer, Howard grew up around the world and has lived “on the Pacific” in Hawaii and California since 1968. She earned a B.A. at Pennsylvania State University and an M.Ed from the University of Hawaii.  She is also a graduate of Harvard’s Institute for Educational Management.  She currently lives in Kihei, Maui, Hawaii. 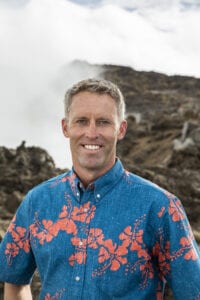 Erik was born and raised in a rural town of 3000 residents in Maine, which fostered a strong love and appreciation for the outdoors from a young age.  After graduating from Babson College in 2000 with a degree in Information Systems and Entrepreneurship, Erik spent a few years in the computer consulting industry in Boston.  Fortunately, he was rescued from a cubicle by an old college friend who had started a zipline company 6000 miles away on Maui.  The company, Skyline Hawaii, was growing and needed a General Manager to assist with the direction things were headed.  Being an exciting new company and having been founded with a very solid mission to give back to the communities and environments in which it operated, it seemed like a fantastic opportunity to leave the corporate world behind for a new direction in life. Erik tossed the computer out the window and hopped on a one-way flight across the country and the Pacific Ocean in 2005. He has been enjoying managing the company and supporting giving back to the Community, Culture, and Environment ever since. 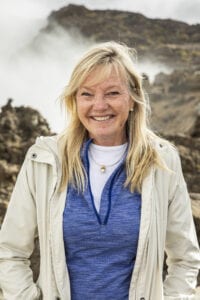 Wendy Rice Peterson’s roots on Maui go back six generations. She is a general partner of the historic Kaonoulu Ranch, founded on the slopes of Haleakalā in 1916. Wendy proudly carries forward a family legacy of passionate stewardship of the mountain and support for her community. She serves on the boards of the Maui Arts & Cultural Center, Hawaiian Mission Houses, Historic Hawai’i Foundation, Daughters of Hawai’i, Fred Baldwin Memorial Foundation, Seabury Hall, The Maui Farm and UH Maui College Chancellor’s Advisory Committee. 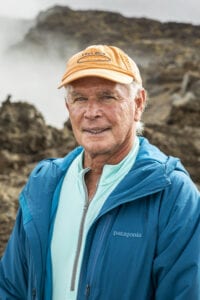 Jamie graduated from the University of Hawaii in Pre-Med/Zoology after transferring to UH from the University of Maine, to pursue a career in Marine Biology. Graduate work focused on Educational Psychology and he went on to work for an Oahu-based program serving the developmentally disabled. In the early 70s, he relocated to Maui, built his own home in Haiku, and was employed with Ka Lima O Maui, a community based rehabilitation facility that served persons with disabilities in a vocational setting. After spending over half his adult life as the Executive Director, he retired to pursue other passions and became a part time realtor and co-founder of Maui Olive Company, a family run commercial olive oil producer.

Aside from becoming the first olive grower in the state’s history to produce high quality Extra Virgin Olive Oil, he also pursued his passion for ocean activities. He went on to become a co-founder and President of the Hawaiian Outrigger Canoe Voyaging Society, a group of diverse individuals all with the same interest in perpetuating the culture of canoe voyaging and stewardship of our ocean waters. In early 2004, HOCVS embarked on the ambitious, multi-year goal of paddling their voyaging canoe the entire length of the 1,650 mile Hawaiian archipelago, from the Big Island of Hawai’i to Kure atoll.

Jamie has been active with numerous non-profit boards, chaired a statewide board for community rehabilitation facilities, was the President of their national educational/lobbying organization, and was a member of the Maui County Charter Commission. 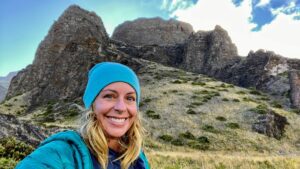 Alison Cohan is the Maui and Molokaʻi Terrestrial Director for The Nature Conservancy, a global environmental nonprofit organization working to create a world where people and nature can thrive. She holds a Master of Applied Science degree in Natural Resource Management from the University of Denver and a Bachelor's degree in Animal Behavior from Southwestern University.

Though originally from Texas, Alison has participated in and led conservation activities on Maui for over twenty years, working for the preservation and conservation of both marine and terrestrial ecosystems. Alison also serves on the State of Hawaiʻi Natural Area Reserves Commission. 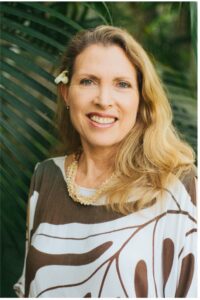 Donne Dawson has served as Hawai‘i State Film Commissioner managing the state’s film office since 2001.  Prior to that, Dawson was a respected journalist and media consultant.

She was instrumental in establishing Hawai‘i’s first competitive tax incentive program for film that has more than quadrupled the size of the state’s film industry to nearly half a billion dollars in direct spend from film and TV production since the program began in 2006.

Dawson is native Hawaiian, born and raised in Nu‘uanu Valley on the island of O‘ahu.  She is trained in ho‘oponopono, the traditional Hawaiian form of conflict resolution.  Dawson is also a lifelong student of hula and ‘ōlelo Hawai‘i, and is active within the native Hawaiian community. She is a member of the Protect Kaho‘olawe ‘Ohana and has most recently served on the boards of Historic Hawaii Foundation, Pacific Islanders in Communications, and is currently first vice chair of the Association of Film Commissioners International, a global organization that represents some 300 film commissioners around the world.

Deidre Tegarden is Executive Director of the Nisei Veterans Memorial Center, Maui, Hawaii, a position she has had since 2016. As a young woman she spent many years studying and working in Japan and China, which shaped her deep respect for the contributions Asian cultures have made to Hawaii. She has extensive experience in non-profit and public sector administration. Prior to joining the NVMC, she served as Chief of Protocol for the State of Hawaii in the administrations of Governors Neil Abercrombie and David Ige. Her knowledge of Japanese and Chinese languages proved beneficial in her duties which included meeting with heads of state worldwide, supervising visits of foreign dignitaries, managing official state ceremonies, and serving as an advisor on international relations and efforts to attract commerce and tourism to Hawaii.

Before her work at the state-level, she was Director of the Maui County Office of Economic Development, Executive Director of Big Brothers & Big Sisters Maui, and past president of the Rotary Club of Kahului.  She serves on the board of the Japanese Cultural Center of Hawaii and is a member of the U.S. – Japan Council. She is a graduate of University of Maryland with a Bachelor of Arts degree in Japanese and Chinese Studies and is a Harry and Jeanette Weinberg Fellow. Diedre is a past recipient of Pacific Business News’ 40 Under 40 Award.